It’s a great way to categorize things you stumble upon on the internet.  Recipes, crafts, places you want to go, anything you like.  It’s like a visual filing cabinet full of fun things.

I found a recipe for “Holiday Sangria” on Pinterest that looked delicious, so I decided to try it.  Our family always has an awesome New Year’s Eve party, and this year was no exception.  You may be thinking “A New Year’s Eve party with your family? Lame.  Don’t you want to go out on the town and get all crazy?”  Well, I’ll tell you two things:

A) My family is awesome, and it does get pretty crazy. (But not in a lampshades as hats kind of way)  Balderdash is no joke, people.  Also, who else can say they have seen their father, their uncle, their great aunts, and their grandparents doing improv in the living room, coached by their cousin and brother?)

B) The last time I tried to go “out on the town”  I ended up eating chocolate cake in an Applebee’s at 10:30 pm with some of my best friends after fruitlessly searching for dessert for about an hour downtown. (One of our attempts was a swanky restaurant where they weren’t serving dessert “because it was a game day and the menu is different on game day”.  You think people don’t want baklava or raspberry torte on game day?! )

The recipe I found on Pinterest can be found HERE.  It looked really great, but I made a few alterations for the sake of convenience/economy/what was around. 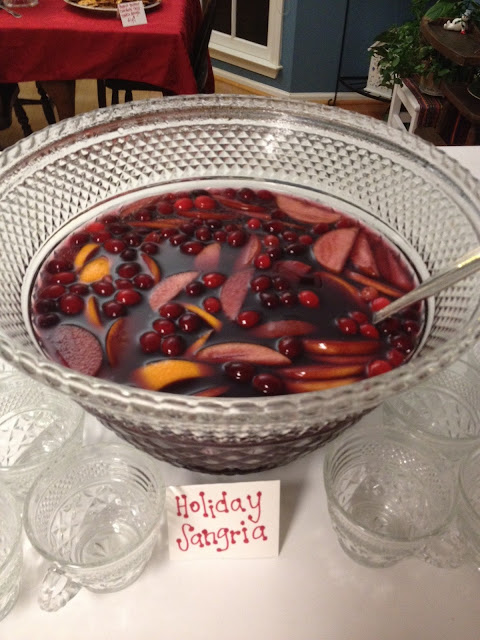 It was a hit at the party, so I think we’ll have to bring it back next year too!

P.S.- I also made some peanut butter chocolate chip cookie dough dip, with a recipe from Chocolate Covered Katie.
Posted by Courtney at 8:53 PM