Oh my word, it’s been a busy week. I’m working on three projects right now: a t-shirt re-fashion for a friend (done, just need to take pictures and then I will share!), a shirt for me (needs to be hemmed), and a blanket for my mom (halfway through).  Honestly, it seems smarter to finish one project before starting another…but I sew/craft the way I read, which is why there are no less than 6 books on my bedside table.  This week, though, I’ve not touched any of these books, nor any of these projects, because I was too busy with books that have titles like “Design and Analysis: A Researcher’s Handbook,” which, let me tell you, is a real page-turner.  So for this week's post I thought I’d provide my unsolicited and possibly unnecessary commentary on a few recipes I’ve tried lately.

This is a Barefoot Contessa (aka Ina Garten) recipe I tried week before last.  It was DELICIOUS.  I used a bit less olive oil than called for and still found it very good.  The fresh rosemary gives it a wonderful, savory, herb flavor that I just don’t think dried rosemary could provide.  These days the only TV I get to watch is usually on Hulu a few days after it’s aired, so I don’t watch Barefoot Contessa much.  Her friends are always doing things like bringing her fresh bouquets for the centerpiece, or fresh chevre that they just picked up in , or scouting out antique shops for the perfect beachside picnic table.  Television magic or real life? I’d like to think it’s Ina’s real life, just perfectly timed for television.

I was flipping through my February issue of Better Homes and Gardens (weird that I subscribe to this, since I live in an apartment, and don’t have a garden, but someday, right?) and they had a few suggestions for how to use tea in unusual ways.  Basically, they said to heat a cup of milk, put in two chai tea bags, steep for five minutes, cool it down, add another cup of milk, then stir in instant vanilla pudding mix.  I tried it, and I really liked it. I think it would be even better with non-instant pudding.  For a low-cal dessert, you could always use the sugar-free pudding mix and skim milk! I took a picture of it, but it’s brown…and it’s pudding…so honestly, it’s not that much of a looker.  I decided not to post it. 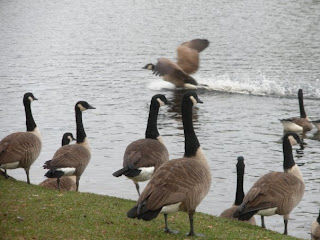